Happy Saturday everybody, all of the shows returned this week which was amazing. There was DC crossover week; Agents of SHIELD finally resolved that cliff-hanger; and Pitch aired their penultimate episode. Obviously the biggest question is which was the best but before we get there let’s talk honourable mentions.

Show of the Week: DC Crossover

This week saw the first time in history that the DC shows on The CW – Supergirl, The Flash, Arrow, and Legends of Tomorrow – crossed over and it was perfect. Normally, this section is reserved for a single show but it is impossible to choose between the four episodes that aired this week because they all came together as one cohesive narrative. Separating them simply wouldn’t make sense.

When I heard that the main villain in the crossover was going to be aliens, I was less than enthused but I am happy to say that I was wrong to judge it so quickly. The aliens ended up being a very serious threat with believable motivations.

More than anything, I loved this television event because it felt like a massive pay-off for anybody that had been following these shows from the very beginning. Old characters were brought back; subtle nods were made to the wider DC universe; and they did an amazing job of analysing the relationship dynamics that form when you throw this group of people together.

The ending, with Oliver and Barry sat talking in a bar, felt like an wonderfully poetic way to wrap up the week. They were the two characters that began this wider universe and you were really able to appreciate that in how the wider team immediately deferred to them as leaders.

This Week’s Worst: No Tomorrow

There’s no doubt that No Tomorrow has improved from when it first began this season but it still isn’t doing enough. The show has established what it’s about and at times it can be a fun thing to watch but it has no real bite to it.

It’s being sold as an hour-long dramedy when its story seems better suited to the half-hour sitcom format. With such a high-level of competition on The CW at the moment, I don’t know if this first-season show will be renewed next year.

Did you have a favourite episode from the crossover? Have you been watching No Tomorrow? What did you watch this week? Let me know in the comments. 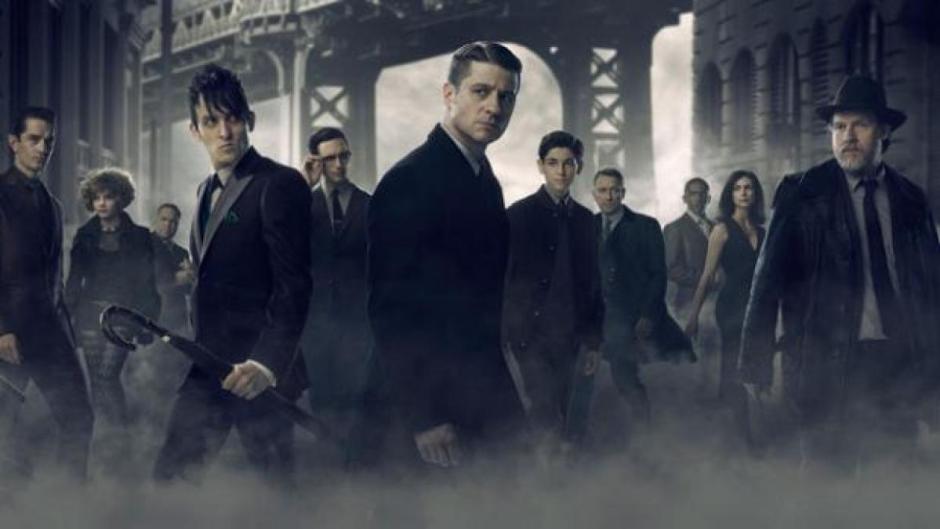 It’s Sunday evening which means that you’re likely trying to avoid thinking about the work week that begins tomorrow. Sorry for reminding you about that. If you want to think about something different then why don’t you join me in looking over the best of this week’s television. Before we get to the crème de la crème, let’s take a look at this week’s honourable mentions:

Show of the Week: Modern Family

There aren’t many sitcoms that can continue to make you laugh after eight seasons but that’s exactly what Modern Family is achieving episode after episode. I mean, a dead goat and Nathan Fillion? There’s no way that that isn’t comedy gold.

Seriously, Modern Family follows a simple formula with every episode but it hasn’t gone stale. The show remains hilarious but heart-warming; interesting but comfortably familiar. This week was just an example of how there is still so much to be learned about the wealth of characters that the show has.

One of the wonderful things about a show about family is that they’re always growing and developing. New members come in and some people leave but the core unit is always there.

I adore Arrow and I think that this season in particular has been fantastic for the show which just makes this week’s episode even worse. It’s almost bad in a funny way.

The realistic, hand-to-hand combat fighting style is what really sets this show apart from the other superhero shows on The CW but this week missed the mark – literally. So many of the hits clearly did not land, a standout was Mr. Terrific flying backwards when he was just barely touched by Vigilante.

Other odd moments include the use of a teenager as paedophile bait; Oliver’s obtuseness as to the identity of the man behind the Vigilate mask; and we can’t forget the cringe-worthy voice modulation of Oliver’s new team.

The next time we see Arrow will be in the four-way DC crossover event and it will hopefully be back to true form.

What did you watch this week? Are you excited for the DC crossover event? Let me know in the comments. 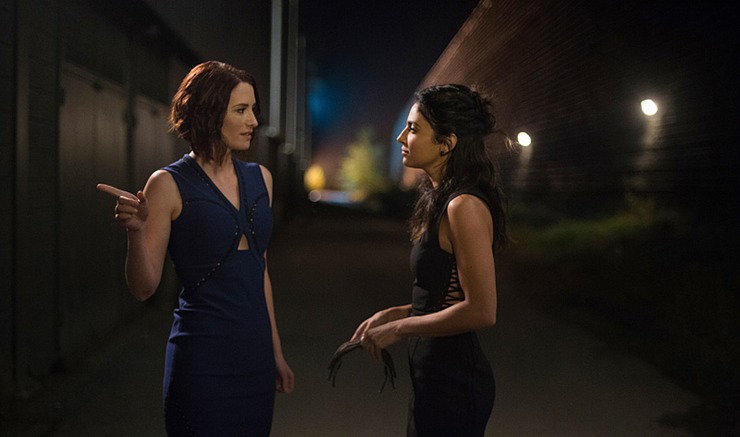 If, like me, you were trying to pretend that a certain democratic process didn’t result in catastrophe this week than maybe you threw yourself into television. Fortunately, there were some very good shows on this week. We’ll get to what was best and what was worst but first let’s talk honourable mentions.

Show Of The Week: Empire 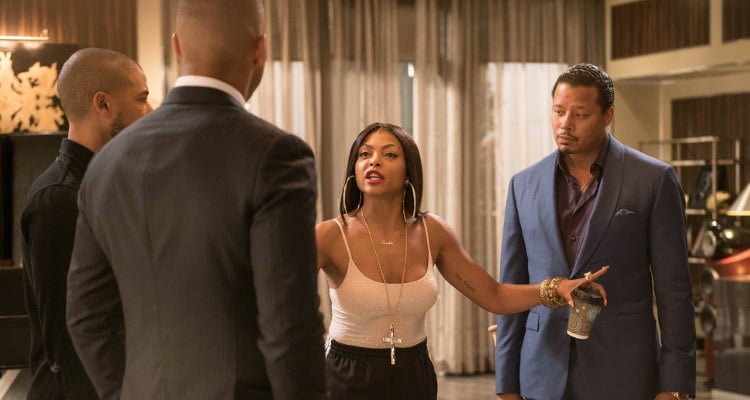 Even when this show has a lull it brings the drama more than most and this week was no different. The world of Empire is big and flashy which makes for great television but the reason that the show works so well is because it is about family. There is a real chemistry between the actors that shines in the intimate scenes but also in the incendiary, conflict scenes – much like the excellent argument we watched this week.

This show gets crazier and crazier but it continues to draw you in because it’s charming. Additionally, it helps that their music has only been improving as the show continues. Looking at shows like Smash you can see that it’s not always easy to incorporate music into the narrative and Empire not only does it but excels at it.

I honestly couldn’t pick a bad show this week. Can we just agree that the worst thing televised this was the election? Yeah? Awesome.

What did you watch this week? Do you think that Empire is too soap opera? What are loving or hating? Let me know in the comments.

Season premieres and season finales all happened this week: there was so much good stuff (and also bad stuff but we’ll get to that later) that it is very difficult to choose just one show to crown ‘Best of The Week’ so before we get there, let’s go through the honourable mentions.

Show of the Week: Pitch 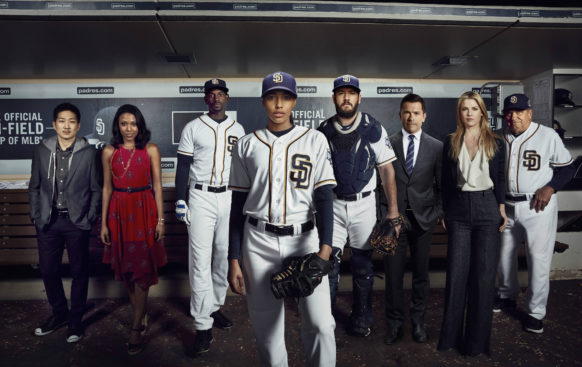 This week saw the series premiere of the new Fox drama, Pitch, and this had a lot of hype around it so I was definitely wary going into it. When you get as much media attention as this show did, you’re either going to be a disappointment or a phenomenon. So, did it live up to expectations? The answer is a resounding yes.

Pitch tells the story of the first female Major League Baseball player, Ginny Baker, and it has some of the themes that you would expect from this kind of story: sexism, dedication, triumphing against odds. Essentially, it has a lot of heart but it goes deeper than that. This is truly a character story and Kylie Bunbury does a fantastic job of presenting these strong emotions very subtly.

The entire cast was Pitch-perfect and throughout the pilot, seeds were planted to expand on some interesting story-lines. I wouldn’t be surprised if this show won this spot a few more times this season.

If you haven’t seen it yet then you should definitely give it a watch, I’m sure you will cry less than I did.

For me, Gotham stopped being good somewhere near the beginning of the second season. Some would argue that it went downhill a lot earlier than that (like, in the early development stages) but that seems unfair.

Whilst I’m being fair, I will say that if I was to grade this week’s episode in comparison to the episodes that were released last season, then this was pretty good.

Sure, every time Jim Gordon speaks I involuntarily cringe at the bad dialogue and maybe the story didn’t make the most sense in terms of character motivation. However, the fact that all of these people choose to live in this city makes me wonder if the logic within the show works differently to the one that I’m familiar with. Yeah, let’s go with that.