It’s Sunday evening which means that you’re likely trying to avoid thinking about the work week that begins tomorrow. Sorry for reminding you about that. If you want to think about something different then why don’t you join me in looking over the best of this week’s television. Before we get to the crème de la crème, let’s take a look at this week’s honourable mentions:

Show of the Week: Modern Family

There aren’t many sitcoms that can continue to make you laugh after eight seasons but that’s exactly what Modern Family is achieving episode after episode. I mean, a dead goat and Nathan Fillion? There’s no way that that isn’t comedy gold.

Seriously, Modern Family follows a simple formula with every episode but it hasn’t gone stale. The show remains hilarious but heart-warming; interesting but comfortably familiar. This week was just an example of how there is still so much to be learned about the wealth of characters that the show has.

One of the wonderful things about a show about family is that they’re always growing and developing. New members come in and some people leave but the core unit is always there.

I adore Arrow and I think that this season in particular has been fantastic for the show which just makes this week’s episode even worse. It’s almost bad in a funny way.

The realistic, hand-to-hand combat fighting style is what really sets this show apart from the other superhero shows on The CW but this week missed the mark – literally. So many of the hits clearly did not land, a standout was Mr. Terrific flying backwards when he was just barely touched by Vigilante.

Other odd moments include the use of a teenager as paedophile bait; Oliver’s obtuseness as to the identity of the man behind the Vigilate mask; and we can’t forget the cringe-worthy voice modulation of Oliver’s new team.

The next time we see Arrow will be in the four-way DC crossover event and it will hopefully be back to true form.

What did you watch this week? Are you excited for the DC crossover event? Let me know in the comments.

The Cubs won the World Series and apparently that’s a really big thing, so yay? Mainly I’m just excited that we get Empire, Modern Family, and Black-ish back next week. Regardless, even with those shows missing from the usual roster it was a good week for TV. Before we get to the best and the worst, let’s talk honourable mentions.

Show Of The Week: Atlanta

Season 1 of FX’s Atlanta ended this week with a brilliant finale that solidified it as one of the best freshman series of this season. From its first episode, Atlanta showed that it was different to anything else on the scene: a dramedy about the Atlanta hip-hop scene could have taken a lot of different directions but I would never have imagined that one of those would be the show that I relished watching over the last three months.

This show never shied away from the darker elements of the lifestyle that it was portraying. Violence, drugs and murder were never off-limits and it was that honesty that made it so believable and really elevated the comedy.

Clearly this isn’t everybody’s idea of a happy ending but in watching how Earn’s situation has developed from the first episode in which he didn’t have a steady income or a home of his own, you can’t help but feel warm and happy for him.

For most people watching this show, they won’t be able to personally relate to Earn’s reality. However at the root of this show is a very human theme of just wanting to achieve something and to live a comfortable, safe life. The show has been renewed for a second series and I personally, cannot wait to see how it develops in the future.

This Week’s Worst: Legends of Tomorrow 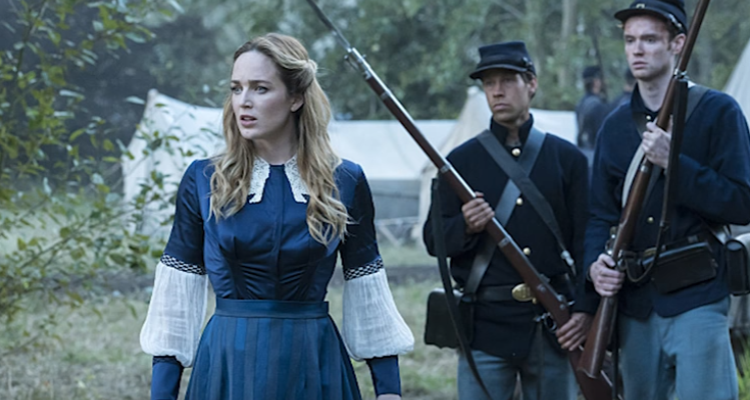 Legends of Tomorrow has never shied away from the issues within the time periods that they visit. As a diverse group that travels through space and time, sexism and racism are themes that crop up again and again but they are never the focus of the episode.

This week Legends had an episode set in Mississippi during the civil war and the two black Legends find themselves trying to infiltrate the home of a slave-owner. Also, there are zombies (I don’t why). This was the show’s first foray into a really heavy topic. A slave woman was whipped; slaves were tied up in an outhouse and whilst they didn’t bust out the ‘n’ word, they really went for it.

Normally I would commend this from a network show but it just didn’t sit right with me. Unfortunately the weight of this episode was on the shoulders of Franz Drameh, a young and fairly green actor that I don’t think sold it. I could see what they were trying to achieve but I didn’t feel the emotions that they were clearly trying to evoke.

What did you watch this week? What’s your take on this week’s Legends episode? Did you watch Atlanta this season? Let me know in the comments.

Did anybody else find that this week just generally had good television or have I just been riding that Doctor Strange high since Tuesday night? Either way, you know how this goes. Before we get to this week’s champion: The Show of the Week, we have to acknowledge some others.

Show of the Week: Crazy Ex-Girlfriend

This week saw the second episode of Crazy Ex-Girlfriend‘s second season and it is already better than its first. As an upbeat, satirical, black-comedy musical television series it is certainly unique but it also has massive potential for being a trainwreck. Somehow they haven’t only avoided that but they’ve created a fantastic show.

The original songs are funny and enjoyable whilst being insightful and intelligent but most importantly: well-integrated.

If this show had been a rom-com movie then it would have ended at the season one finale. Season two is the rarely seen story of what happens after the credits roll. The characters still have fundamental problems and we get to see how they navigate their way through these issues.

If you’re not already watching Crazy Ex-Girlfriend then I would strongly recommend it. It is the only thing of its kind currently on television. 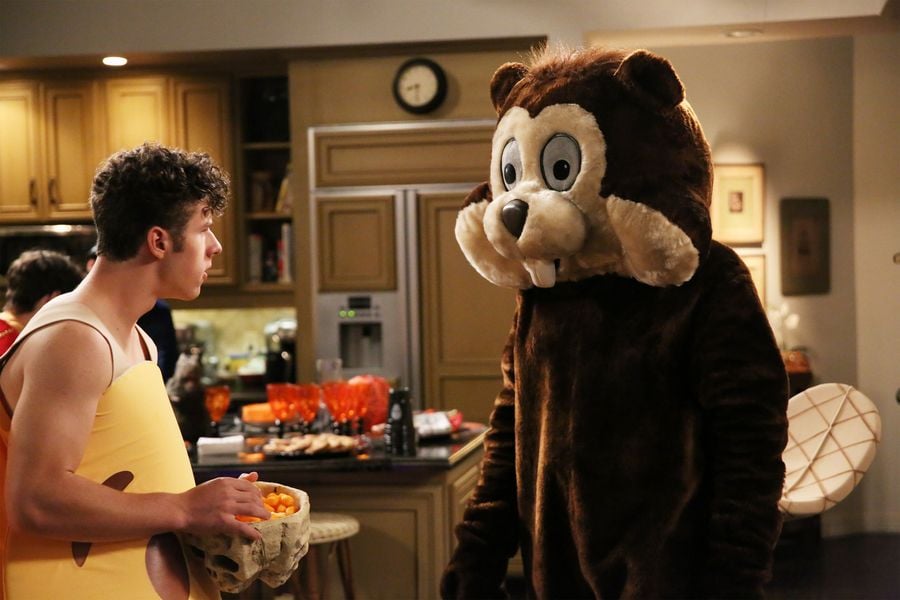 It physically pains to say a negative word about Modern Family. The show has endured for seven seasons and in its eighth season it looked like it was only going to get better. This week’s episode wasn’t bad: I laughed a few times and it was a good story but it wasn’t great.

Modern Family has placed itself in the terrible position of having to constantly top themselves. This week just didn’t reach the standard that I’m used to from them but I’m fairly certain that this dip isn’t going to become a permanent thing.

What did you watch this week? Are you loving any shows that I think that I should check out? Let me know in the comments.

The CW heroes are back; Westworld and No Tomorrow premiered; and Pitch continues to be awesome. This was a good week in television but what was the best show? Before we get to that, I have to appreciate some of the runner-ups.

Show of the Week: The Flash

The Flash came back strong in its Season 3 premiere. The much awaited “Flashpoint” was everything that you could have hoped for.

Something that I noticed last season with the Earth-2 story-line was that this show is very good at creating alternate timelines. It’s always fun and interesting to watch. Of course, the show has matured since its perpetually sunny first season but they still made sure that there were plenty of moments to laugh in this episode. The running ‘Kid Flash’ gag never stopped being entertaining for me.

Grant Gustin was fantastic – going from happy puppy to wounded puppy (let’s face it, he’s always a puppy) flawlessly and really selling the stakes involved in this new arc.

If you read my reviews last season then you’ll know that I wasn’t the biggest fan of Danielle Panabaker’s Caitlin Snow but her brief appearance in this first episode has me optimistic that she could actually be enjoyable to watch this season.

Unfortunately we will not be able to see how “Flashpoint” has affected the wider Arrowverse but we can look forward to another episode of consequences next week.

This Week’s Worst: Once Upon A Time

Once Upon A Time is a tricky show to get right: it doesn’t hide it’s camp nature and that in and of itself is awesome. It’s essentially a fairy-tale for grown ups but it felt like they forgot the “grown ups” part this week.

In it’s sixth season, this show has explored almost all the stories that could make compelling television but they aren’t stopping. This week the gang faced off against the Count of Monte Cristo – I’m sorry, are you not intimately familiar with your 19th century French literature? – and it ended almost exactly how you thought it would.

I still have faith in this show but this week wasn’t its best showing, especially compared to everything else (and I’m including Gotham in that category).

What did you watch this week? Do you agree or disagree with anything that I’ve said? Let me know in the comments.

It’s Sunday, and in this final Geek News of the week we’ve got everything from Ghostbusters to Batman v Superman: Dawn of Justice. Let’s just jump into it:

Every Character To Return For Once Upon A Time Episode 100

Once Upon A Time returns from its mid-season hiatus tonight with its hundredth episode which is said to be full of some great surprises. I’m not sure how they’re going to do it considering the scope of the show but apparently we can expect to see every character this episode. Among other surprises we’ve also been promised a unique perspective of Storybrooke.

This week the trailer for Ghostbusters was released to mixed reception: some people loved it, others hated it. At the time of posting this, the Youtube video has more dislikes than likes but what do you think? I confess that I’ve never seen the original Ghostbusters films but from the trailer, this looks like a decent film:

It looks as though Zootopia (or Zootropolis in the UK) is going to take the record for Disney Animation’s biggest opening away from Frozen. The current projections for Zooptopia are $70-75 million, beating Frozen’s $67.4 million. I can’t wait for this film to hit the UK later this month, if you haven’t seen anything about it yet then look it up – it stars Jason Bateman, Ginnifer Goodwin and Idris Elba amongst others.

Spiderman Spin-Off, Venom, In The Works

With Sony’s revival of Spiderman, they’re also bringing back a project that they had put aside. Venom will be getting his own spin-off movie: as far as the movies go, we first saw Venom as one of the numerous villains in Spiderman 3 (played by Topher Grace) but they may go in a different direction for the movie. More recently in the comics, Venom has become more of an anti-hero than a villain but it’s unclear what direction they’re going in.

Where it had been previously said that The Flash and Cyborg would only appear in the Justice League films, it has been confirmed that they will now have cameos in Batman v Superman: Dawn of Justice. This is amazing and I don’t know why but I’m still not excited about this film!

That’s it today and this week but there will be more news on Tuesday morning so check that out. Until then:

Will you be tuning into Once Upon A Time Tonight? Any strong feelings about Ghostbusters? Do you want to see an anti-hero Venom? Let me know in the comments.